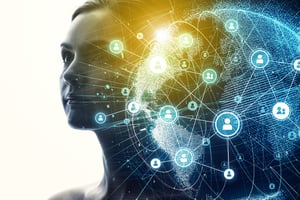 In 2015, Mediacom formed a strategic alliance with Hofstede Insights´ previous brand (Itim International) to obtain granular data allowing the calculation of scores for sub-groups of people (e.g. ethnic groups, gender, age etc..) which would be used for marketing and advertising purposes. The Cultural Connections research is a commercially financed study conducted by Michael Minkov.

About the research project

The analysis was done using country-level ecological analysis. The questionnaire included 108 items inspired by the work of Geert Hofstede, Schwartz Value Survey, and the World Value Survey and based upon Hofstede's methods. It identified the consumer values which determine the tastes, choices, and behaviour patterns of over 300 consumer segments across 55 key world markets.

Respondents were presented with two opposites (e.g. ‘I can easily hide my feelings.’ vs. ‘It is difficult for me to hide my feelings.’) with an option in the middle if they couldn’t decide between the two (Minkov et al., 2017: 393). Minkov found two dimensions of national culture: Collectivism-Individualism and Monumentalism-Flexibility. Plotted onto two axes, the resulting diagram looks astonishingly like a real map of the world – the East Asian countries build a cluster; as do South Asia, Africa, Latin America, and Europe. The Anglo-Saxon countries build a logical exception to the geographic clustering – they cluster together somewhere between the European countries. This geo-economic clustering is viewed as a validation of the cultural measures as countries with similar values tend to be geographically or historically close to each other.

Significant correlation exists with the Hofstede Index on the Individualistic /collectivism and the Long/Short Term Orientation dimensions. Stay up to date and follow us on Social media or join the newsletter.

This data can be used for further analysis into:

The results of the Cultural Connections research allow us to build detailed profiles of consumer cultures and predict consumer behaviour. These practical tools are grouped under the title Consumer Culture Intelligence (CCI) and are a currently available range of tools and diagnosis that can be used by marketers to weigh the benefits of global synergy against the opportunities of unique local action.  It flags potential cultural barriers for a brand and identifies means to overcome them. CCI can give any brand, regardless of its global footprint, a firmer foundation for success by grounding it in the cultural values of its consumers.

Abstract: Studies of happiness or subjective well-being (SWB) employ a variety of conceptualisations and item formats. Some authorities prefer to focus on the cognitive or evaluative component of SWB in studies of national happiness and consider the affective component a lesser priority. However, we show that the latter component has unique and important predictive properties. We measured the stable element of the affective component (being “usually happy and in a good mood”) in 44,096 respondents recruited probabilistically from 56 societies (nations and some ethnic groups), from all inhabited continents. Consistent with previous studies, we obtained the highest positive affect scores in the nations of northern Latin America and Africa, whereas the highest percentages of respondents “rarely in a good mood” were recorded in East Asia, Russia, Italy, and the Arab world. Our happiness measure is a significant negative predictor of national suicide rates and cigarette consumption, after controlling for other plausible predictors, including other SWB measures from the World Values Survey, Veenhoven’s World Database of Happiness, and climate and socioeconomic variables.

What Values and Traits Do Parents Teach to Their Children? New Data from 54 Countries.

Abstract: There are few large-scale studies that compare how parents socialise children across the globe and the implications of the different types of socialisation. To fill this gap, the authors used data from a new study across 52,300 probabilistically selected respondents from 54 countries. They were asked what advice they would give to their children to instil desirable values and traits in them. Aggregated to the national level, the responses yield two main dimensions of national culture. The first (collectivism-individualism) captures differences approximately along the South-North geographic axis of the Earth and is strongly correlated with differences in economic and gender inequality. The second (monumentalism-flexibility) captures cultural differences approximately on the West-East geographic axis of the world and is strongly associated with national differences in educational achievement. Thus, some of the most important national differences worldwide are strongly related to cultural differences in parental ideologies for the socialization of their children, suggesting that culture has objective societal outcomes.

More research articles based on the Cultural Connections data: LINK

Michael Minkov is a professor of cross-cultural awareness at Varna University of Management (VUM), Sofia campus, Bulgaria. He holds a PhD in social anthropology from the State University of Sofia (Kliment Ohridski) and an MA degree in linguistics, from the same university. His main research interests and main publications are in the field of national cultures and societal differences. He is also interested in research methodology and data analysis. He is the co-author of Cultures and Organisations: Software of the Mind. 3rd Edition, McGraw-Hill USA, 2010 along with Geert Hofstede and Gert Jan Hofstede.

Micheal Minkov is one of the main lecturer in the Cross-Cultural Research course offered in collaboration with Tilburg university.

More information on available services related to The Culture Connections research available after the link or by email: